We see here that our service has outbound calls to a variety of 3rd party APIs. We use DynamoDB, Stripe, Hubspot, Plaid and Google Cloud. Our goal is to run a test on this payment service without needing to rely on those external APIs. Speedscale allows us to mock these services out and reduce our dependency footprint during testing. A full list of supported technology is listed here. At Speedscale, we refer to these mocks as responders. 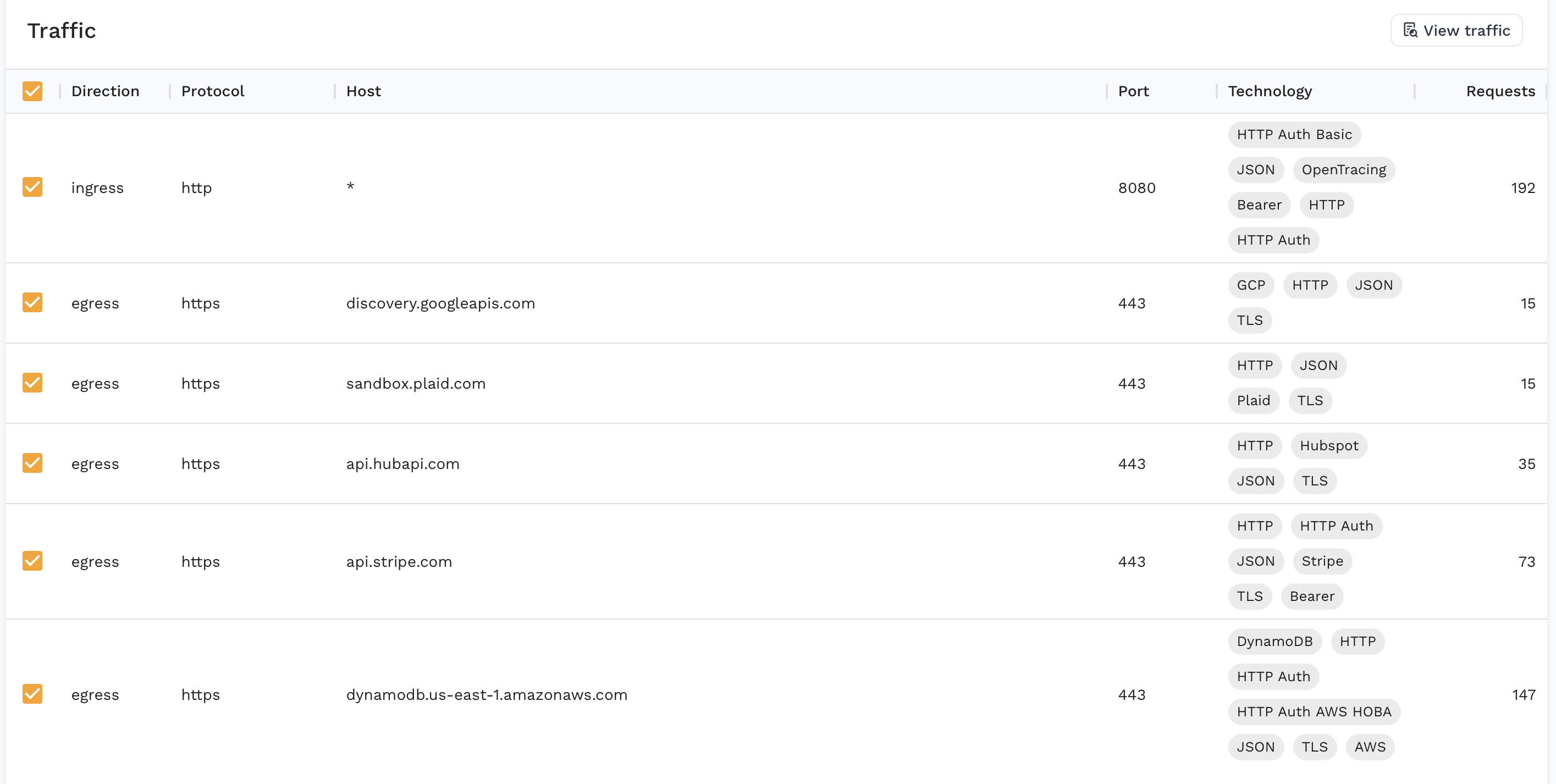 We can also see here that Speedscale has identified the type of backends these are. For eg. Hubspot is a JSON API and Stripe is similar but we've also identified Bearer authorization for the API requests. At this point we could uncheck certain backends if we did not them mocked out. For eg. I may not want to mock out DynamoDB because I have a dev instance setup but I want to mock out Stripe because I don't want to make actual credit card transactions. For now, we'll leave these all checked.

Now we can run a replay using one of the three options presented here. Note that by default, both inbound and outbound traffic is generated and mocked respectively. If you want to run a workload with just the mocked backend for development but not run a full test replay, skip to responder only mode.

After the replay is done, we can see the corresponding report. We have a 100% passing report and more importantly, we have a 100% responder rate. This means that we were successfully able to match all the requests made by the service under test via our signature matching algorithm. We can inspect the request and response pairs seen by the responder the same way we would with our general traffic capture.

If we want to mock our backends indefinitely and not run a test, we can do this using responder only mode. Depending on your method of choice you can set the mode either via the annotation replay.speedscale.com/mode: responder-only or if you're using the TrafficReplay CRD, by setting the field mode: responder-only. This is a great way to develop services with external dependencies that: